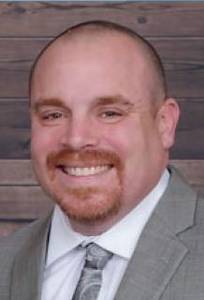 For more than 20 years, Anthony Gangi has worked in corrections. Currently, he works in corrections at the state level. He served on the custody level and has moved through the ranks from line of?cer to supervisor. With a background in psychology, he has become a leading expert in inmate manipulation. He is the host of Tier Talk, which can be found on YouTube. He currently serves on the Executive Board of the New Jersey chapter of the American Correctional Association. He can contacted at gangianthony@yahoo.com.

Bridging the Gap Between Civilians and Custody


If someone had told me on my first day as a correctional officer that my main job was to serve inmates, I would have automatically responded by saying in a negative tone “I’m not a social worker!” Even though social work is a noble career filled with dedicated personnel who serve their community selflessly, I would immediately feel the need to insult their title and without hesitation push away any effort to connect to their work! Or the work of our many other non-uniformed staff as well!

Why did I feel that way? Why was I against serving the inmates and then quickly insulting those who do? I have worked in this business for almost 20 years, and every day I am slowly discovering why that perspective needed to shift!

Looking backwards—seeing myself as a rookie corrections officer—and then moving forward, there are so many things I was taught which may have biased me into believing that my role as a corrections officer was limited to the simplest definition of safety and security: “Protect and Serve!”
During my whole career, it was fairly easy for me to understand the protect part. Basically, my prescribed role was to protect the public from the threat contained in these jail walls, but it was also my prescribed role to protect the community living within those same walls (the inmates, staff, volunteers, visitors).

On the other hand, the serve part was never truly defined for me. If it was, the definition was severely lacking. What does serve really mean in relationship to my responsibilities as a correctional officer? Who am I serving? With whom am I serving?

Even with 20 years on the job, I am still trying to figure all this out. But that’s okay! Corrections is evolving, and within that evolution is a world which is constantly growing and where the opportunity to learn something new happens
every day.

I am choosing the word “evolution” over “change” for a reason. Evolution means growth, and with that growth comes a new perspective on how we serve the public and our community within the jail. Part of the growth is rooted in how we define serve. Serve for custody should stand in agreement with the definition of serve for our civilian staff (programming, medical, mental health, etc.).

I was blind for many years as to why my definition of serve needed to expand toward rehabilitation. Mainly, I was very limited in my definition of serve because of how I saw the inmates in our care. Yes, I said care and not custody. (By the way, that is still hard for me to say but as part of my professional and personal growth I need to!)

I realized that how I viewed the inmates related strongly to how I viewed the civilian staff and the service providers. Hence, if I viewed the inmates as a constant threat with no hope of rehabilitation, I would then indirectly view those who advocate for them (social workers, mental health, medical, education, etc.) as the enemy or, at least, someone I couldn’t trust. In short, I isolated myself and stunted my own growth due to an implicit bias I held against our civilian staff. However, I soon realized that I wasn’t the only one with that implicit bias.

Ask me that same question today and my answer may surprise you. It surprises me at times. My perspective has elevated and—while I sit on a metaphorical mountaintop overseeing the generalized functions of an entire facility—I find myself looking down to see a world in constant movement with many parts striving to work together as one.

When asked today what is the role of custody, I would answer: “They serve the inmates in partnership with other service providers!” Yes, custody is a service provider and, together with civilian staff, they focus on tomorrow while working through the now.

At this point, I am sure there are some readers who may already stand against what has been noted previously. I get that. I understand. But, it doesn’t change the fact that corrections is evolving and staff, especially custody, need to move forward and embrace where they are headed. If they fail to accept this evolution, custody staff will be left behind and our mission to create a criminal justice system that cares will fail.

Wow! Take note of the evolution in terms of custody versus care. Also note that I have accepted to use these terms unapologetically in an effort to let custody staff know it’s okay for them to feel a higher purpose within the community they serve.

Also, in an effort to build a bridge between custody and civilians (service providers), it’s best if custody tries to bring a balanced understanding that incorporates a language which can be understood by all and not just a few. After 20 years on the job, and with no excuses ahead—just pure momentum moving forward—I have realized that in order for correctional staff to find a higher purpose in their career, they need to become more invested in the term “serve.” What does it really mean to serve the inmates?

In corrections, happiness and enjoyment on the job can exist when staff value each other’s roles. By working together, all staff can witness the life-changing transformation that occurs not only in inmates but also within themselves.

Hence, this is our service! Correctional staff may not have control of their destiny, but we can control our legacy and how we are remembered by the many lives we are able to touch.


…happiness and enjoyment on the job can exist when staff value each other’s roles.
Anthony Gangi